skip to main | skip to sidebar

The Landscape and the American Tradition 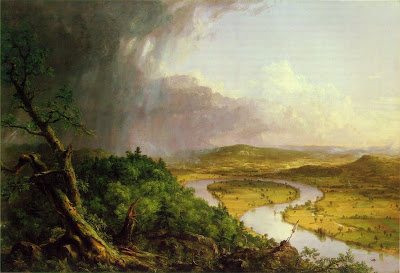 
The tradition of American landscape images grew out of The Hudson River School, a collection of painters, led by Thomas Cole, who pictured scenes along the Hudson River in New York State. Their paintings were almost always atmospheric, bold, and they represented light and shadow in rich and beautiful ways. The Hudson River artists were inspired by Transcendentalism, an important concept in philosophy and literature that began as a reform movement in the Unitarian Church. Essentially, Transcendentalists believed that the soul of the individual is identical to the soul of the world and, hence, both souls encompass each other. Therefore, the Hudson River School's paintings combine a psychological sentiment of man and the awesome wonders of nature. It is as if the landscapes both picture the outside world as well as a human interior. And indeed, during the mid-nineteenth century, the American landscape was an uncharted territory, powerful and mysterious, a place full of potential and possibility. 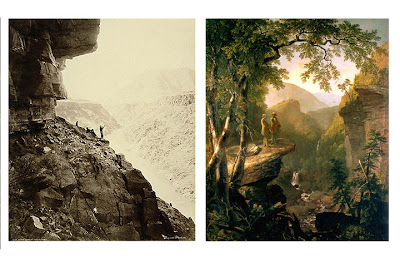 Landscape photography in the late Nineteenth Century was cumbersome. Ambitious photographers practiced Wet Plate Collodian, a complicated procedure that was invented by the British scientist, Frederick Scott Archer in 1851. The Wet plate process, like the Calotype process, produced a negative, rather than a positive, but unlike the Calotype, it rendered remarkable detail. Unfortunately, the plates needed to be prepared, exposed, and developed while wet. Hence, field photographers, like Jackson, O'Sullivan, Muybridge, and Watkins, traveled with caravans packed full of chemistry, plates, darkroom supplies, light-tight tents, and cameras. Wet Plate photographers carefully coated their glass plates in makeshift field-darkrooms. The Collodian solution was a thick, viscous material, which was made from combining cotton gun, alcohol, and ether. The solution was then poured over the plate until it was tacky. Next, the plate was plunged into a light sensitive silver. Once exposed, photographers made positive prints, called Albumen Prints. The Wet Plate process was popular from the 1850s through the 1880s. 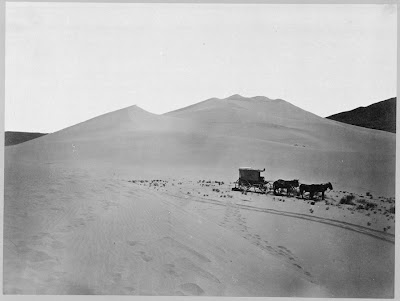 In the late Nineteenth century, photography became of popular exploration tool. Americans were still trying to understand their country and their identity. The United States, not yet one hundred years old, was not fully developed. The American west was still mysterious and new. Photographers made pictured to document the land, aid geologists and explorers, record railroad development, and archive the history of western expansion. Although most photographers at the time did not intend to make "Art," their pictures often exhibit keen sensitivities to form and aesthetic. 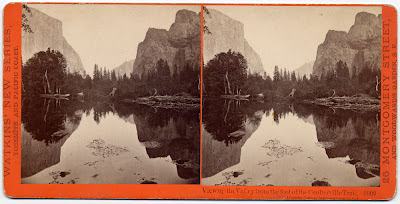 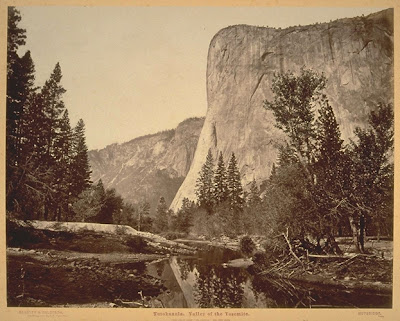 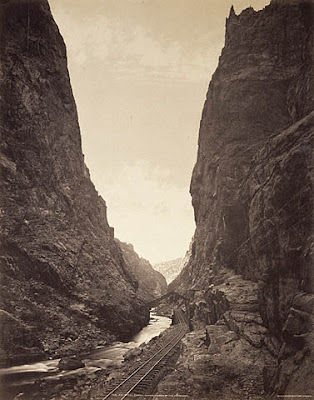 William Henry Jackson
Posted by Photo History ART134 at 6:22 AM